Allowing 2 adults to divorce “by mutual agreement” in Singapore

On Monday, 10 January 2022, Parliament passed the Women’s Charter Amendment Bill 43/2021 to repeal and re-enact section 95 and the new section 95A of the Charter. The Act will come into operation on a date announced by the minister in the Gazette.

One of the most significant amendments is the addition of a 6th option that parties can rely on to establish that the marriage has broken down irretrievably.  This 6th option is to allow a married couple to divorce “by mutual agreement’, that is, without showing pointing fault at anyone.

Members of Parliament voiced concerns during the debate that the new “divorce by mutual agreement” option might erode the sanctity of marriage. They feared that it might make it too easy to get divorced in Singapore.

In reply, the Minister of State for Social and Family Development said the aim of the amendment is instead to make the divorce process more amicable and add “therapeutic justice” to the family justice system. It is not to undermine the marriage vows. The aim is to reduce acrimony and protect children from being caught up in the middle when parents make allegations against each other.

Currently in Singapore, in order to divorce, you will have to prove that the marriage has irretrievably broken down.

To prove that a marriage has “irretrievably broken down”,  you must prove any one of the following 5 facts:

One of the main changes that the Amendment Bill will introduce is a new fact of divorce – Divorce by Mutual Agreement (“DMA”), the new 6th fact.

The amendment bill does not change the fact that a court may only grant a divorce in Singapore if:

The court will consider the parties’ conduct and how the divorce will affect the parties and any children in the marriage.

How will you prove the irretrievable breakdown of the marriage?

The new section 95A reads as follows:

“…. a marriage between X and Y is taken to have irretrievably broken down if and only if:

(a) X has committed adultery, and Y finds it intolerable to live with X;

(b) X has behaved in such a way that Y cannot reasonably be expected to live with X;

(c) X has deserted Y for a continuous period of 2 or more years immediately before the application for divorce;

(i) have lived apart for a continuous period of 3 or more years immediately before the application for divorce; and

(ii) consent to divorce being granted by the court;

(e) X and Y have lived apart for a continuous period of 4 or more years immediately before the application for divorce; or

(f) subject to subsection (6)(c), X and Y agree that the marriage has irretrievably broken down.”

Subsection 6(c) stipulates that the court must not accept the agreement if it considers, in all the circumstances of the case, that there remains a reasonable possibility that X and Y might reconcile.

From the wording of sec 95A, it is then clear that the main change is that a 6th option, section 95A(f), was introduced to prove the irretrievable breakdown of the marriage.

Until the new section 95(A) comes into operation, the current section 95(3) options remain in place.

So, what is divorce by mutual agreement (DMA)?

Also called “divorce by mutual agreement of the irretrievable breakdown of the marriage”, which is self-explanatory. The parties agree that the marriage has irretrievably broken down, and they want a divorce.

Is it the same as “irreconcilable differences” that we read about in the United States? No, although “irreconcilable differences” are similar to divorce by mutual agreement, it is not a legally recognised concept in Singapore. It would be similar in that parties would not need to pin blame or fault on the other party for the breakdown of the marriage.

What are the requirements for a DMA?

If parties want to rely on a DMA, the new section 95A(6)(a) stipulates that the agreement must be in writing and include the following:

(i) the reasons leading the parties to conclude that their marriage has irretrievably broken down;

(ii) the efforts they made to reconcile;

(iii) the considerations they have given to the arrangements to be made in relation to their financial affairs and any child to the marriage.

A bare agreement without reasons is not sufficient. In addition, the parties must:

What reasons can be given as part of a Divorce by Mutual Agreement?

Parties can now take joint responsibility for the breakdown of the marriage. They don’t have to point fingers or blame each other if they decide they are not the right “till death do us part” partners for each other. They can set their own standard for concluding that the marriage has broken down irretrievably.

The Act does not set out any reasons. However, parties cannot just decide to get divorced for whatever reason. The court must still be satisfied that it is just and reasonable to grant a divorce and that there is no reasonable possibility of a reconciliation.

What if the court believes there is a possibility of reconciling or finds the reasons insufficient? In that case, the court may order mediation, counselling, or family support programmes.

No-fault divorce is a welcome change

No one is to be blamed

The existing five options to convince the court that the marriage has broken down irretrievably often implies that one party is to blame.

For example, if a party relies on adultery or unreasonable behaviour, there is blame and appointing “fault” to one party. Y will say the marriage has broken down “because of X”. The same applies to desertion as a reason for divorce.

When parties divorce by mutual agreement, they don’t need to blame anyone. They can protect the children from animosity between the parents and make arrangements amicably.

No one needs to put their lives on hold

When parties site separation as a fact to prove an irretrievable breakdown of the marriage, they must put their lives on hold for 3 or 4 years before they can file for divorce. This could lead to a stressful and unhealthy situation for the spouses and the children. With DMA, the divorce can be finalised, the parties can move on with their lives, and the children can settle in the post-divorce arrangements.

So often, in acrimonious divorce situations, the children suffer the most. They are caught up between parents blaming each other or even having to testify for one parent against the other. DMA provides the opportunity for an amicable resolution without involving the children in the parents’ differences.

In summary, DMA allows parties to accept joint responsibility for the breakdown without stating “fault” or blame. The parties aren’t forced to stay in a marriage that has broken down irretrievably for some time before they can file for divorce.

The rest of the divorce regime mainly remains the same.

Will the current safeguards of the divorce regime remain in place?

Yes, there must be a 3-year minimum period of marriage before parties can file for divorce, and the 3-month minimum period before the divorce can be finalised also remains in place.

When can parties use DMA as an option for divorce?

Until the amendments come into effect, parties can only file for divorce based on the existing five options to establish an irretrievable breakdown of the marriage.

In their press release, the Ministry of Social and Family Development stated that DMA aims to strike a balance between upholding the marriage institution as couples must first attempt to reconcile, yet also acknowledges that when a marriage has genuinely broken down, the law should allow couples to divorce without unnecessary acrimony. They can accept joint responsibility and amicably consider post-divorce matters relating to the children’s well-being.

Among the concerns raised in Parliament was that DMA would make divorce easy and lead to an increase in divorce. However, the majority agreed that by keeping the current safeguards in place, divorce in Singapore would never be “quick and easy”. Whether the divorce rate will increase once the amendments take effect remains to be seen.

If you are considering getting a divorce in Singapore, you should discuss your options with a family divorce lawyer as soon as possible. Divorce is a complex process. An experienced divorce lawyer can guide you through the process and help you get the best outcome for you and your children.

No children, property or maintenance

With children, property and maintenance

Pricing varies. Please get in touch to discuss your situation.

This case was reported in the Straits Times on 23 October 2022. PKWA Law has successfully acted for the ex-wife in a divorce in which the ex-husband was found to...

"Family violence" in general terms refers to various forms of violence occurring within families. It is often referred to as domestic violence. Although spousal violence is the... 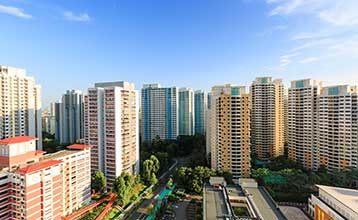 HDB After Divorce - What Happens?

An HDB flat forms a significant portion of many Singapore couples' matrimonial assets. Couples contemplating divorce are often concerned about what would happen to their HDB flat...

This case was reported in the Straits Times on 23 October 2022. PKWA Law has successfully acted for the ex-wife in a divorce in which the ex-husband was found to...

"Family violence" in general terms refers to various forms of violence occurring within families. It is often referred to as domestic violence. Although spousal violence is the...

HDB After Divorce - What Happens?

An HDB flat forms a significant portion of many Singapore couples' matrimonial assets. Couples contemplating divorce are often concerned about what would happen to their HDB flat...