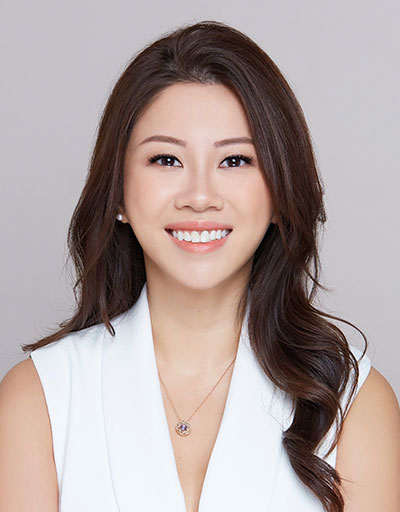 Dorothy Tan is the Deputy Head of the Family Law Practice Group in PKWA Law.  She is a Senior Associate Director in PKWA Law.

At the age of 25, Dorothy led a team to successfully argue and win at the Court of Appeal.  She argued on the new Singapore law on the division of matrimonial assets.  In her second Court of Appeal case, she won for her client 75% of matrimonial assets worth $13.6 million (up from 25%). The swing from 25% to 75% for her client is arguably one of the biggest amounts in appeals court history.

She is also one of the youngest lawyers to be named as one of the Top 100 Women in Litigation by Benchmark Litigation.

Dorothy has acted as lead counsel in many contentious divorce proceedings usually involving high net-worth individuals in the Family Justice Court, the High Court and the Court of Appeal.

Dorothy is widely regarded as one of the leading divorce lawyers in Singapore:

In my hour of need, I was recommended to PKWA. Dorothy Tan LISTENED to my case and worked tirelessly over the holidays and weekends to meet impossible deadlines. A very upsetting and stressful time, but I will be forever grateful as Dorothy believed in my case and sought a fair and just resolution against insurmountable odds. At every juncture, Dorothy provided realistic, honest assessments and I proceeded based on her recommendations. If Dorothy and her team decide to champion your cause, you should consider yourself very fortunate.

Dorothy, a big thank you for all the support, guidance and recommendations you have given me. Your judgements and ability to steer the various proceedings were absolutely critical. I was able to give you my full trust. You have certainly made a lasting impact, one which I will not forget. Thank you.

Dorothy and team are true partners. When I first met with Dorothy, it was her empathy and professionalism that gained my trust and confidence to engage her service. Throughout the process, she and her team worked relentlessly to help me, explaining in detail the questions that I had and provided sound advice on my possible options and the potential outcome. I am very grateful for them, as they genuinely care and are there to listen; and what’s more, they are very competent, professional and approachable.

I chanced upon PKWA LAW after I had dried my tears. They seem to know their stuff well. We met about 4 times. Mr Lim and Ms Dorothy took the time to listen and assured me it could be done. We started everything all over again. Within 3 months, I got what that was deemed impossible! Knowing that with the order, I can now proceed to the next step comforts us tremendously. Thank you! Your team made a difference in our lives.

I would like to express my heartfelt thanks and gratitude for your patience, your timely and sound advice during this very difficult period.

All of you show me that genuine great lawyers exist. Many more people out there who deserve justice ought to know you.

Thank you so much for your effort and assistance in handling my case. I recognise it has been a long, arduous few years, and I sincerely appreciate your tenacity and professionalism in the process of dealing with an irrational adversary.

Dear Dorothy, I wanted to express my gratitude for your efforts and dedication to my case. I am grateful to you that you took all the stress and restored everything out for me. Your faith, knowledge and determination were something that solves my worries.

I engaged PKWA for legal advise in my marriage. They are professional and understanding. I especially want to thank Ms Dorothy Tan, Ms Yeow Ing Yee and Ms Christina Lim for their exceptional help, flexibility and patience during the challenging time.

Professional and trustable lawyers. Special thanks to Dorothy, Ing Yee and Christina for assisting.

I would like to thank Ms Dorothy Tan and Ms Corinne Wee for their excellent service. They are very professional and efficient in handling my case. Highly recommended!

I engaged PKWA for legal advise in my marriage. They are professional and understanding. I especially want to thank Ms Dorothy Tan, Ms Yeow Ing Yee and Ms Christina Lim for their exceptional help, flexibility and patience during the challenging time.

Dorothy and her Team displays high professionalism throughout my divorce proceedings. Dorothy is very experienced and knowledgeable in this field and provided me with very good advice and was able to close my case swiftly, achieving the desired outcome. My utmost appreciation to them to take me through this most difficult journey.

I would like to express my heartfelt gratitude to Dorothy Tan who represented me during my divorce proceeding. Her calm demeanour, professional approach and honest advice engendered confidence in me throughout this painfully difficult period of my life. I always felt comfortable working with Dorothy, knowing that my best interests were being served, and am very satisfied with the final outcome of the divorce settlement. I strongly recommend Dorothy if you need an outstanding divorce legal counsel.

PKWA Law represented me in my recent divorce, which was eventually resolved amicably and satisfactorily. Dorothy Tan and her team were a tremendous support throughout this stressful process. I have no hesitation in recommending PKWA Law and Dorothy to anyone looking for competent, knowledgeable, sympathetic, and efficient representation!

I wish to convey my appreciation to Dorothy and her team Ing Yee and Firdaus who represented me in my divorce. I have received excellent legal representation and professionalism in every aspect of the process. Dorothy took the time to listen to all my concerns and responded with clear, concise notes outlining all the different courses of action including the positives and negatives with each choice. I felt greatly assured by this outstanding team of professionals. I am grateful to have Dorothy and her team who handled this case with what I would consider perfection, dedication and utmost competence. It was a great pleasure working with this wonderful team.