Misuse of Drugs Act in Singapore

Singapore has stringent drug laws. Despite these strict laws, or maybe because of them, many people are still arrested regularly for drug offences in Singapore. Sentencing varies depending on the type and quantity of drugs. In some cases, an accused can be sentenced to death in Singapore for possession of certain controlled drugs.

To understand the different drug offences and punishments, we need to examine the Misuse of Drugs Act (MDA). The Act also provides for the treatment and rehabilitation of certain offenders.

The Misuse of Drugs Act sets out various offences, such as

Each offence carries its own punishment. Understanding Singapore’s drug laws can be tricky since the law creates certain presumptions in relation to some offences.

This article will discuss the three most common drug offences:

Different classes of drugs in Singapore

The Misuse Use of Drugs Act classifies controlled substances into three classes. These classes are found in the First Schedule of the MDA.

The classification and identification of the drug found on an accused person can become extremely important since the class of drugs determines punishment.

Section 8 – Possession and consumption of a controlled drugs

Section 8(a) states … “it shall be an offence for a person to have a controlled drug in his or her possession”.

Under the Second Schedule of the MDA, a person found guilty of the unauthorised possession of controlled drugs can be sentenced to a maximum of 10 years imprisonment or $20,000 or both. If you are a repeat offender, there is a minimum sentence of 2 years imprisonment.

The sentence will depend on the type (class) of drug and the quantity found in your possession.

Unfortunately, this offence is not as straightforward as it may sound. The MDA creates a few presumptions that must be considered. The presumption relevant to the offence of possession is found in section 18 of the Act.

Section 18 presumption of possession and knowledge

Section 18 goes further and states that it shall also be presumed until proven otherwise that you knew the nature of the drug.

So, if your friend leaves a packet of cocaine in your guest room after a party and the police find it, you are presumed to possess the drugs and know that it is cocaine. It doesn’t matter that you never physically came into contact with the drugs. The same applies if a friend leaves cannabis or any controlled drug in your vehicle. It will be up to you to prove your innocence.

Section 21 refers explicitly to drugs found in vehicles. It states that if any controlled substance is found in a vehicle, it shall be presumed, until proven otherwise, to be in the possession of the owner of the vehicle and of the person in charge of the vehicle at the time.

Specified drugs are certain controlled drugs listed in the Fourth Schedule as a subset of controlled drugs. It includes, for example, cannabis, cocaine, and ketamine. The distinction is important when sentencing repeat offenders.

If convicted of an offence under sec 8(b), the sentence shall be a minimum of one year in prison, up to a maximum of 10 years, plus a fine not exceeding $20,000. (This applies to offences committed after 1 April 2019).

This is the starting point for sentencing. Punishment will be determined depending on whether the person has prior convictions for similar offences or was previously admitted to a drug rehabilitation institution.

Generally, the sentence for repeat consumption of a controlled drug is at least 3 years imprisonment unless the person is punished under sec 33A.

Sec 33A applies to cases of repeat consumption of specified drugs.

In cases of specified drugs, sec 33A stipulates where the offender has previously been:

If convicted again for consuming a specified drug, the offender will be sentenced to at least 5 but not more than 7 years of imprisonment and receive 3 to 6 strokes of the cane.

If a person is suspected of having consumed controlled or specified drugs, that person may be required to provide a urine or hair sample for testing under sec 31(2) and sec 31A.

Sec 22 of the Misuse of Drugs Act stipulates if a controlled drug is found in the tested urine samples of a person, the person is presumed to have consumed that controlled drug, until the contrary is proven.

A place or premises is presumed, until the contrary is proved, to be used for the purpose of smoking, administering, or consuming a controlled drug if any of the following is found in the place or premises:

Singapore citizens and permanent residents must remember that these rules apply even for consumption outside of Singapore.

Sec 8A of the MDA determines that any Singapore citizen or permanent resident that consumes drugs overseas and is found as a result of urine tests can be dealt with as if they committed the offence in Singapore.

This explains why random tests are done at specific entry points. If you are found to have consumed drugs before entering Singapore, you can be punished as if the offence occurred inside Singapore. The fact that consumption of that drug may be legal in the other country is not a defence.

Of the three offences discussed in this article, trafficking is the most serious one. Depending on the drug class and quantity, offenders can be sentenced to death for trafficking.

When is it trafficking?

Sec 2 of the MDA defines “traffic” as:

(a) to sell, give, administer, transport, send, deliver, or distribute; or

(b) to offer to do anything mentioned in paragraph (a).

Otherwise, than under the authority of this act, and “trafficking” has a corresponding meaning.

From this definition, it is clear that the scope is broad. Taking a packet of drugs to a friend’s house could amount to trafficking.

Sec 5 makes trafficking an offence. It reads as follows:

“….it shall be an offence for a person, on his own behalf or on behalf of any other person, whether or not that other person is in Singapore –

(a) to traffic in a controlled drug;

(b) to offer to traffic in a controlled drug; or

(c) to do or offer to do any act preparatory to or for the purpose of trafficking in a controlled drug”.

Sub-section 2 further states, “a person commits the offence of trafficking in a controlled drug if he has in his possession that drug for the purpose of trafficking”.

Apart from the obvious trafficking scenarios, you might ask, when can the police decide that you are possessing drugs “for the purpose of trafficking”?

Sec 17 provides that if the quantity of drugs in your possession is above a certain threshold, you can be found to be in possession for the purposes of trafficking. It is then presumed that you are possessing with the purpose of trafficking. Generally, if you are found with less than the sec 17 quantity, it would be considered possession unless you are caught trafficking, as defined in section 2.

For example, if you are found with more than 3g of cocaine in your possession, it will be presumed that you possessed it for the purposes of trafficking. If you only have 2g of cocaine, you will be charged with possession.

As mentioned before, the class and quantity (weight) of the drugs will determine the sentence. The options range from imprisonment and cane strokes to the mandatory death penalty. The various sentencing options are found in the Second Schedule to the MDA.

If, however, you are found to have trafficked in opium (a specified drug) with a weight of between 800g and 1,200g and containing not less than 20g of morphine, the sentence is a maximum of 30 years, or life in prison and 15 strokes. The minimum is 20 years and 15 strokes.

The punishment is the death penalty for more than 1,200g of opium containing more than 30g of morphine.

Discretion of the court not to impose the death penalty

In some circumstances, the court has the discretion under sec 33B to impose life imprisonment and 15 strokes instead of the death penalty. This is possible if the convicted person can prove that:

If the convicted person was suffering from an abnormality of the mind or a substantial mental impairment, the death penalty could be reduced to life imprisonment without caning if all the other requirements are met.

Whether the assistance was “substantive” is at the discretion of the Public Prosecutor.

Rehabilitation under the MDA

When the Director of CNB suspects a person is a drug addict, they may be committed for medical examination and observation under section 34 of the Act.

Suppose it is determined that the person is an addict. In that case, they may be:

The Act defines a “drug addict” as someone who has, through the use of controlled drugs, developed:

Being channelled to the rehabilitation regime is only available to consumption offences and only applies if the offender has no other criminal offences.

Since 2019, third or fourth-time offenders can also be channelled to rehabilitation if they have not committed other concurrent criminal offences.

Facing a drug offence in Singapore is serious. You will need a good lawyer with experience in drug offences on your side. Singapore drug laws are strict with harsh and complicated penalty options. An experienced criminal lawyer can navigate these laws and achieve the best outcome for your situation. Please get in touch immediately if you find yourself under investigation.

From 1 January 2020, Singapore’s Penal Code provides for a specific offence of voyeurism. Previously, voyeurism-type offences were dealt with as “insult to modesty of women”,...

Criminal breach of trust (CBT) is a serious offence in Singapore. A person found guilty of CBT can be sentenced to up to 20 years imprisonment, a fine or both. Several high-profile... 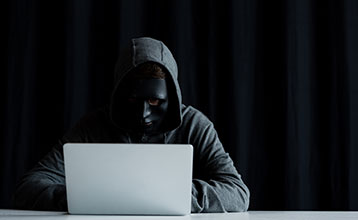 Technology has many advantages and provides new ways to learn, communicate, share information, and connect with friends and family. However, it is not without risks. More and more...

From 1 January 2020, Singapore’s Penal Code provides for a specific offence of voyeurism. Previously, voyeurism-type offences were dealt with as “insult to modesty of women”,...

Criminal breach of trust (CBT) is a serious offence in Singapore. A person found guilty of CBT can be sentenced to up to 20 years imprisonment, a fine or both. Several high-profile...

Technology has many advantages and provides new ways to learn, communicate, share information, and connect with friends and family. However, it is not without risks. More and more...