The Small Claims Tribunal (SCT) was set up to facilitate the resolution of claims that may arise between consumers and suppliers. As it is meant to be an affordable and expedient way to settle certain matters without resorting to litigation, legal representation for matters under the SCT is not allowed, making it crucial that you are familiar with the basics of how claims under the SCT are likely to proceed. In this article, we discuss the kind of claims that can be heard by the Small Claims Tribunal and the process for the hearing of such claims.

What kind of claims can be heard by the Small Claims Tribunal (SCT)?

Before commencing a claim under SCT, you should know whether your matter falls within the SCT’s jurisdiction. This is based on the following 3 criteria:-

The amount that is being claimed under SCT is generally capped at $20,000.00.

However, a claim and/or counterclaim for up to $30,000.00 may also be heard if both parties are agreeable and file a Memorandum of Consent online. This Memorandum of Consent formally records the agreement between parties to bring the claim under the purview of the SCT, provided that all other criteria are also met.

For example, if a contract had set out that the final deadline for payment was 1 January 2020 and the party who is to make such payment fails to do so accordingly, the date on which the cause of action accrued would be 1 January 2020.

At present, the SCT only hears claims relating to the following subject matter:-

If you are unsure about whether your claim meets the above criteria, you may wish to carry out a Pre-Filing Assessment here.

Process for making a claim under the SCT

To commence a claim under SCT, a person must file their claim online through the Community Justice and Tribunals System (CJTS) portal. The person who files a claim is called a “Claimant”.

Kindly note that there are filing fees involved, and the amount of fees payable depends on the amount that is being claimed in the claim or Counterclaim, beginning at $10 for an individual claimant for up to $5,000.00.

After the required documents in respect of a claim have been filed, the Court will arrange for parties to attend a Consultation before a Registrar. The purposes of this consultation are twofold:

In the event that the court determines that the SCT does not have jurisdiction over the matter, such as when any of the 3 criteria above have not been met, the court will issue a Discontinuance Order. This means that any proceedings in the SCT for the matter will come to an end. At this juncture, the claimant and/or the respondent are free to pursue the matter in another way, such as by commencing a civil suit or proposing private mediation.

Parties to discuss the possibility of an amicable settlement

If a settlement is reached on any or all of the outstanding issues at the Consultation, the Court will issue a Consent Order that records the agreement reached by parties, which is then legally binding on the parties.

Step 3: Hearing (in the event of no settlement)

In the event the parties are unable to reach a settlement on any outstanding issue(s), the Court may direct for parties to appear at a hearing before the Tribunal Magistrate. To prepare for the hearing, you should put together a strong case for your claim and gather any relevant documents and/or evidence, such as contracts, invoices, receipts and any communications between parties.

The Tribunal Magistrate will then make a determination on the matter and issue the relevant orders. Examples of orders that may be issued are:

What happens if a party does not appear at the consultation and/or the hearing?

What happens after an order is made at the SCT?

An order made by the SCT is final and binding, and parties are thus bound to comply with the terms of the order. Accordingly, an appeal to the High Court would only be applicable in exceptional circumstances, such as if there is a question of law involved or if the claim is alleged to have been outside SCT’s jurisdiction.

If you are of the view that the SCT does have jurisdiction over your matter, you may file an appeal against the Discontinuance Order via CJTS under “Appeal against Order of Registrar”.

However, do note that enforcement proceedings are separate from the SCT, and they are likely to entail substantial legal costs and time.

You may apply to have the order set aside via CJTS under “Set Aside Application”. This application must be made within 1 month of the date of the order. The court would then fix a hearing for the said application, at which the court will determine whether the Default Order is to be set aside.

It is fair to say that while the Small Claims Tribunal (SCT) is meant to be a quick way to resolve certain claims, going through the SCT process on your own can still be daunting. As such, it may be worthwhile consulting a lawyer who can assist you at different stages of your claim under SCT.

Please get in touch should you require any further assistance in this area. 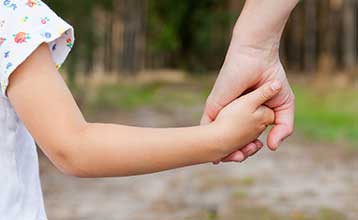 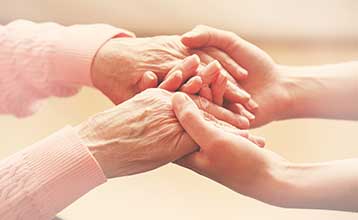 The Singapore Government introduced the Mental Capacity Act in 2008 to address the increase in mental illnesses as the population ages. The Act came into effect in 2010. Any... 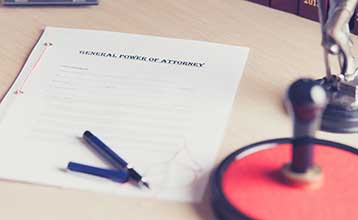 When an individual gives another person the legal power to act on their behalf, this is known as a Power of Attorney (POA). It is a legally binding document. The person giving...

The Singapore Government introduced the Mental Capacity Act in 2008 to address the increase in mental illnesses as the population ages. The Act came into effect in 2010. Any...

When an individual gives another person the legal power to act on their behalf, this is known as a Power of Attorney (POA). It is a legally binding document. The person giving...