In Singapore, non-compete clauses are restraint of trade covenants and generally (prima facie) unenforceable. To enforce such a clause, the onus is on the employer to prove that the clause is reasonable toward the employee, the public, and necessary to protect a “legitimate proprietary interest”.

The courts evaluate non-compete clauses on a case-to-case basis. Enforceable clauses are usually carefully tailored to protect the interest of the business within reasonable constraints to the employee and are not against the public interest.

What is a non-compete clause?

This type of “control” or restriction on employees is generally acceptable whilst the employee is still employed by the employer. However, the courts are less likely to enforce these restrictions once the employment contract is terminated. To be enforceable, non-compete clauses must meet specific criteria.

How enforceable is a non-compete clause in Singapore?

There is a general misconception that all restraints of trade in employment contracts are unenforceable. Many non-competes have been declared invalid and unenforceable. However, the court is open and willing to enforce restraints of trade if all the criteria for enforceability have been met. An example where the High Court was willing to enforce a non-compete clause is Tan Kok Yong Steve v Itochu Singapore Pte Ltd [2018] SGHC 85.

In this case, the court carefully evaluated the reasonableness of the non-compete, the employer’s legitimate interests, and the public’s interest.

Examples of legitimate proprietary interests include:

The question is whether it would be unjust to allow employees to appropriate such assets, advantages, or connections for their own purposes.

Many non-competes are declared unenforceable because their commercial, geographical, or duration clauses are too wide or long and, therefore, unreasonable either to the employee or the public in general. The public is entitled to a business environment open to freedom of trade and competition.

Factors the court will consider when evaluating ‘reasonableness’

Clauses covering all employees, regardless of their position or level of access to confidential information or trade secrets, may be considered unreasonable. It can be argued that the purpose of the clause was not to protect the employer’s legitimate interest; but rather to restrain competition illegally.

The activities restrained must be necessary to protect the employer’s legitimate interest.

However, a restraint might be reasonable if it only prevents the employee from performing the same work in a specific area that the employee had been involved in with the employer.

If there is no fixed duration, the court is likely to find the clause unreasonable.

If there is a specified duration, the court will look at several factors to decide if the period is reasonable. Factors include:

Generally, the duration must not be longer than necessary to protect the employer’s legitimate interest.

The geographical limits within which the former employee cannot conduct business or seek employment will determine whether the non-compete is reasonable.

The court will usually regard no fixed limits as unreasonable.

Reasonableness will depend on many factors, including:

Public interest will also be considered. The restraint must not have a negative impact on competition in those areas.

What happens if the employee “agrees” to the non-compete clause?

There are a few scenarios where employers can argue that the employee agreed to the clause and, therefore, cannot dispute its enforceability.

Again, it will depend on all the circumstances surrounding the inclusion of the clause. Enforceability depends on the reasonableness and scope of the non-compete clause. Not on the employee agreeing that it is reasonable. The non-compete must still be reasonable and not against the public interest.

What happens if the non-compete is unenforceable?

When the court decides that the non-compete is unreasonable, it is unenforceable. One of two things can happen.

Employer remedies if the employee breaches a valid non-compete

Non-competes and restraints of trade are complex areas of employment law. Before agreeing to any terms, both employers and employees must consider the commercial effect of the non-compete and its impact on the employer, the employee, and the public in general.

When drafted carefully in terms of employee, activity, geography, and duration, it can be very effective and enforceable to protect the employer’s legitimate interest.

To ensure that the non-compete is reasonable and limited to protecting the employer’s legitimate proprietary interests without unreasonably restraining the employee’s prospects, both parties should seek legal advice before drafting a non-compete clause.

Careful drafting can save both parties valuable money and time.

Sexual Harassment in the Workplace

Whilst no specific law in Singapore deals with sexual harassment in the workplace; victims are protected under the Protection from Harassment Act (POHA) 2014. The POHA deals... 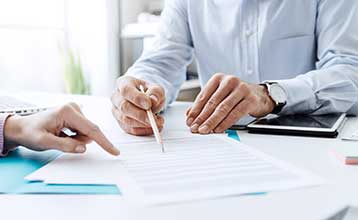 In Singapore, employment is governed by the Employment Act of 1968 and common law. Seafarers, domestic workers, statutory board employees or civil servants do not fall under the...

Sexual Harassment in the Workplace

Whilst no specific law in Singapore deals with sexual harassment in the workplace; victims are protected under the Protection from Harassment Act (POHA) 2014. The POHA deals...

In Singapore, employment is governed by the Employment Act of 1968 and common law. Seafarers, domestic workers, statutory board employees or civil servants do not fall under the...