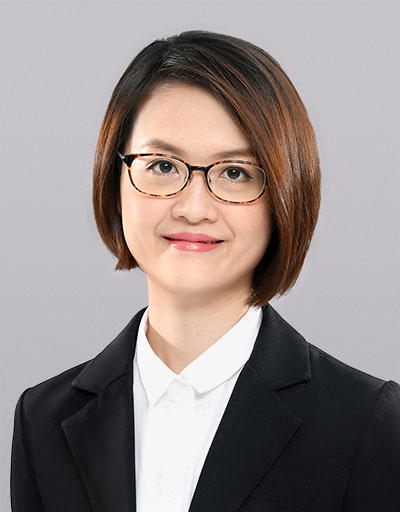 Charlene Chee graduated from the National University of Singapore with LLB Honours (2nd Upper) in 2003. She was admitted as an Advocate and Solicitor on 31 May 2003 and joined Tan Kok Quan Partnership as a Legal Associate.

She later re-joined Tan Kok Quan Partnership and was promoted to Junior Partner in 2012. Charlene then went on to join COMLAW LLC on 1 June 2014 as an Associate Director. She has joined PKWA Law Practice LLC in 2020.

For the last 17 years, Charlene has devoted herself to the practice of insurance law. She advises and acts for many insurance companies, e.g. MSIG Insurance (Singapore) Pte Ltd, Tokio Marine Insurance, India International Insurance Pte Ltd, EQ Insurance Ltd and has been entrusted with many of their matters. She advises clients on many complex policy liability issues as well as litigating several cases in Court.